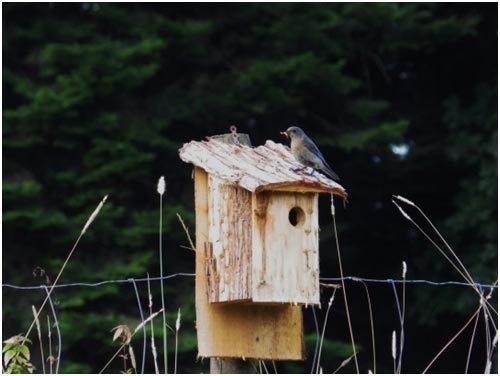 An adult female brings food to her 5-day old nestlings inside one of the installed nestboxes.

We received a great update on the HCTF-funded Western Bluebird Reintroduction Project. It seems July has seen a number of hatchings, including the second clutches of 2013 for two of the re-introduced pairs! The spring hatchlings are now fully-fledged juveniles and are doing great: they can now hunt for wild insects on their own, and will likely help their parents with the feeding of their newly-arrived siblings. GOERT’s Julia Daly and Species-at-Risk biologist Trudy Chatwin estimate that there are over 38 Western Bluebirds flying about the Cowichan Valley these days, which includes all the juveniles and nesting parents.

Thanks to GOERT for supplying the following photos to show us how the birds are doing. 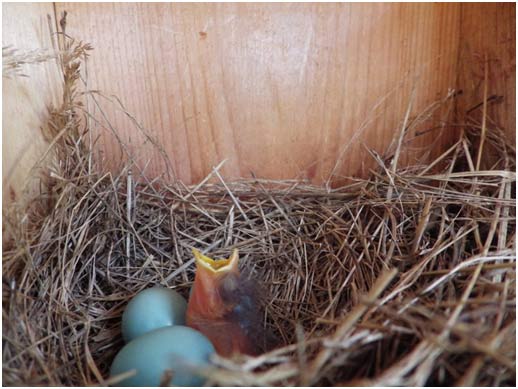 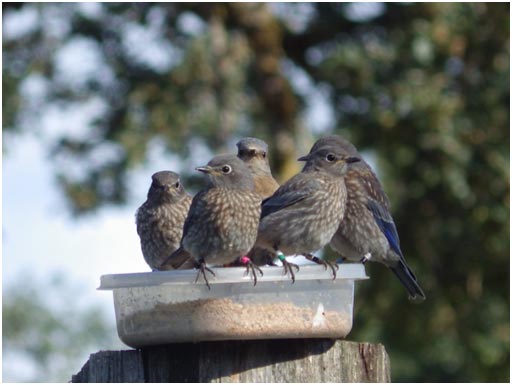