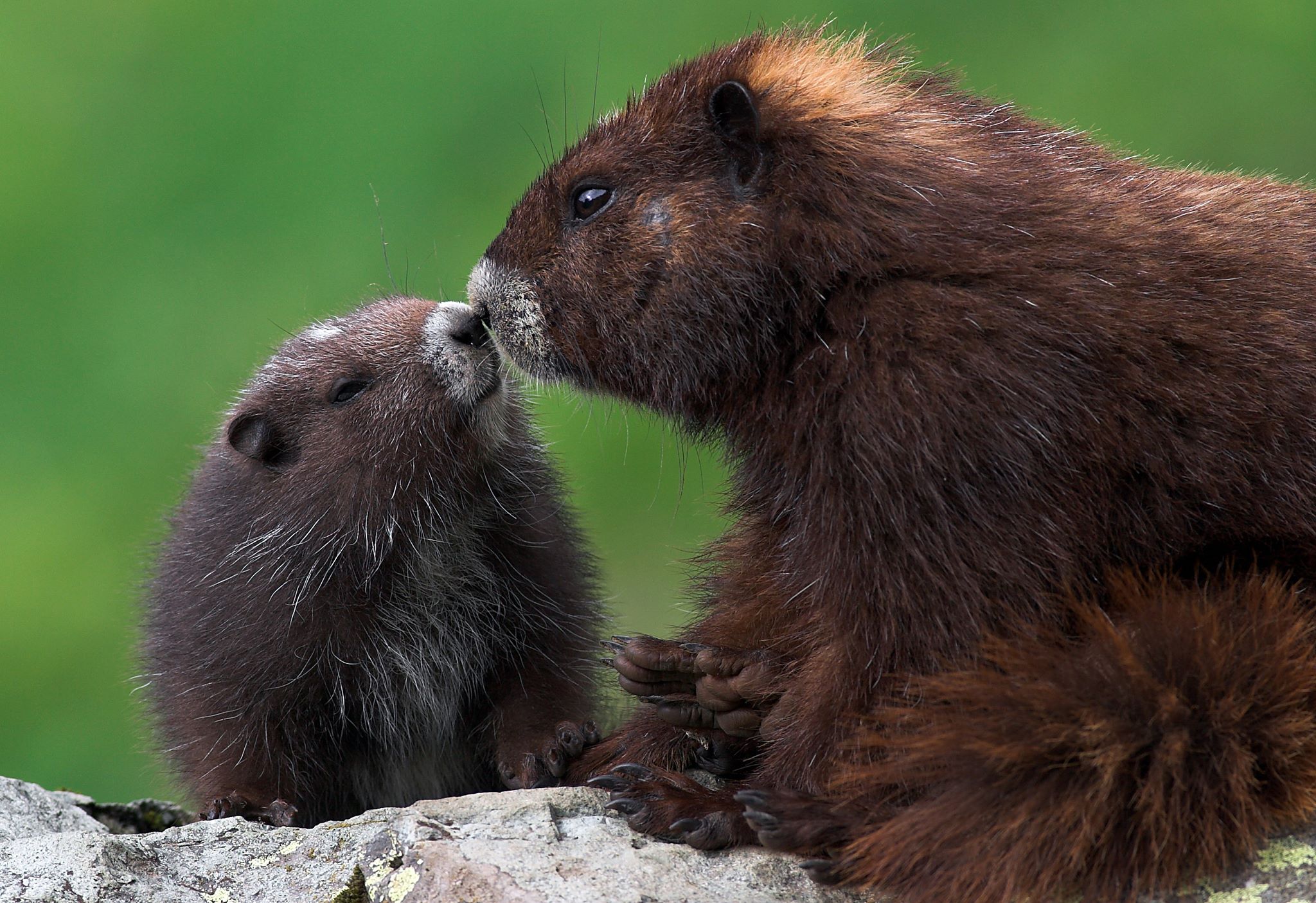 Featuring Vancouver Island marmot mama Haida and her pup (possibly Muffin). Haida was born in 2002 and was one of the first released from Mountain View Conservation Centre. Despite the challenges of learning to survive in the wild, Haida went on to produce her first litter in 2006. One of those pups was Muffin. Now 12 years old, Muffin still lives at Haley Lake. She is currently hibernating with marmot Alan, and we are hoping that the pair produce a litter of pups this summer! Haida passed away a few years ago, but her loving legacy lives on.