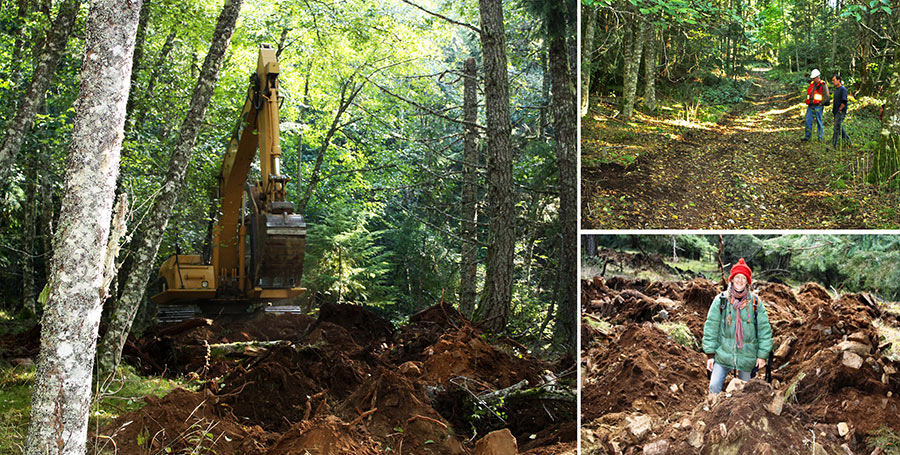 Robin Annschild of the Salt Spring Island Conservancy explains how working together with their local Rod & Gun Club has turned out to be a win-win situation.

Listen to anyone speak about the good ol’ days of conservation in this province, and it will quickly become apparent how much things have changed. Though environmental pressures have increased, stable sources of funding have become increasingly hard to come by. From land conservancies to stewardship groups, organizations have had to find ways of doing more with less, requiring increased resourcefulness, innovation and formation of partnerships beyond traditional allies. The Habitat Conservation Trust Foundation (HCTF) had the opportunity to talk with Robin Annschild, Conservation Director of the Salt Spring Island Conservancy, about how her organization is doing just that, to the benefit of everyone involved.

Robin, over the past 3 years, the Salt Spring Island Conservancy (SSIC) has managed to secure an impressive amount of habitat, but I’m told there’s far more work to be done. Why is land securement so important on Salt Spring?

Salt Spring lies within the Coastal Douglas Fir zone–the rarest ecosystem in the province with the highest number of species at risk. Over 50 rare or endangered species have been found on the Island, but only a small percentage of its most valuable habitats are protected. There are tremendous pressures on undeveloped lands as the population continues to grow. The large percentage of private ownership here combined with high land values means that conservation activities on Salt Spring really centre around working with landowners to find ways of protecting the ecological values on their lands, through stewardship activities, covenants, or transfer of property to our organization by way of donation or sale.

Beyond the obvious hurdle of finding funds for land purchases, what are some of the challenges in working with landowners to secure conservation lands?

Whether we’re acquiring land through donation or purchase, there’s an incredible amount of work and expertise required. Finding money is always an obstacle: the scarce amount of funding available for conservation makes purchasing land something we can do on only a very limited basis, but it also restricts our capacity to work with landowners to receive donations. It’s a huge decision to part with a piece of property you’ve held for decades, and, in the case of an ecological donation, the process can be complex. Demographics suggest that the next couple of decades are going to present a lot of opportunities for securement of conservation properties, and one of the limiting factors is going to be that finite capacity among conservation agencies to support and receive those lands. It’s going to be increasingly important for organizations to join forces across sectors and scales to achieve the maximum possible conservation impact.

Speaking of joining forces, the SSIC has been around for a while now, but it’s only in the last year that you began working together with the Salt Spring Rod & Gun Club. What finally prompted your two organizations to get together?

HCTF! In response to this need for capacity, HCTF provided funding to cover staffing costs during the acquisition of the 320 acre Hope Hill Property, which is now known as the Alvin Indridson Nature reserve. In acknowledgement of the fact that HCTF funds come from hunting & angling licence fees, we made the commitment to allow hunting on the property. This was new ground for us. I am really excited about it because of the potential benefit that hunting could have on the Island’s deer situation. There is mounting evidence that an overabundance of deer can have a significant impact on everything from endangered plants to songbird populations, so for us to have a reserve where deer hunting is allowed is almost an ecological imperative.

However, it soon became apparent that we didn’t have the expertise within the Conservancy to manage a hunting reserve, and (naturally) we thought of the local Rod & Gun club. For a while, I had been thinking that it would be great if we had a way to reach out to Rod & Gun, if we could work together somehow, and the HCTF funding provided such an obvious impetus to contact them. I asked one of their board members how he would feel about me making a presentation to the club sometime. He said, “Well our AGM’s coming up, why don’t you come as our guest speaker?”

So they were open to the idea of working with a conservancy?

They were very welcoming. I joined the club before going to make the presentation, and they introduced me as their newest member. The club was very enthusiastic about becoming involved with the management of the nature reserve. And why not? This is really a classic win-win situation: they are providing expertise to fulfill a management need of ours, and by allowing hunting access to the reserve, we are providing a great addition to their club. What’s even more exciting is exploring how this can lead to other opportunities that can benefit both the Rod & Gun Club and SSIC in achieving our stewardship mandates.

Do you have any advice for other Rod & Gun clubs that are interested in getting involved with their local conservation organization?

Start a conversation! Looking back, it’s amazing that it took twelve years before I ever just sat down with a few Rod & Gun members and talked about what our organizations were up to. I think we’re all aware that there are some people who have been burdened by the idea that conservancies and hunters are two different factions that are not on the same team, but we’re really logical allies, if maybe not traditional ones.

One of your program objectives is to publicize your successes. Why do you think this is so important?

Telling these stories and celebrating our successes is essential to helping people realize that they can make a difference. There is such a universal and repetitive message about environmental doom out there. It becomes easy for the general public to feel like there’s nothing they can do in the face of such big problems: it leads to feelings of apathy. Publicizing local conservation successes inspires people to consider what they can do within their own lives, on their own land, and realize that individual contributions can make a huge difference. Whether we choose to make that investment at the level of a local hunting club, conservation agency or community organization, the important thing is that we each commit to doing something: there’s no one else that’s going to come in and fix these problems for us.

It’s really important for the hunters, anglers, trappers and guides who contribute to the HCTF to understand just how critical these funds are, and how much we can leverage this money for even greater conservation benefit. For example, the grants we received from HCTF allowed us to meet the fund matching criteria for securing funding from the Government of Canada’s Habitat Stewardship Program, which has been critical to our success. HCTF’s $75,000 investment allowed us to bring to conclusion three of the land acquisitions projects we had proposed, plus an additional one, for a total of 192HA of secured land valued at just over $5 M. 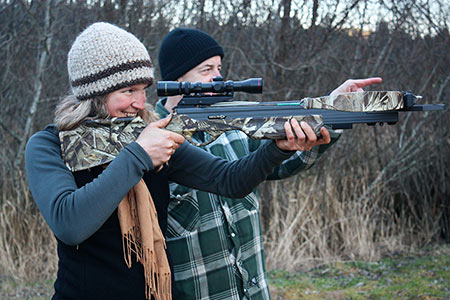