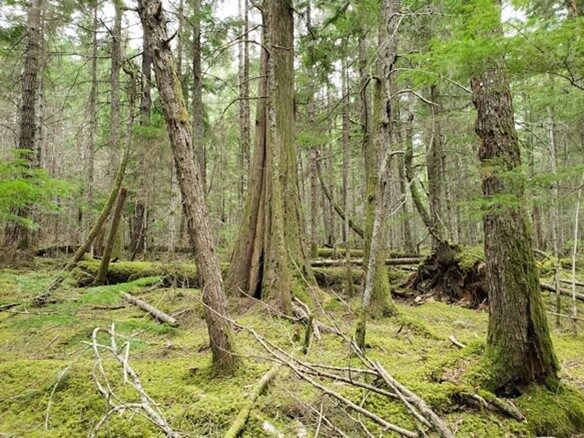 Denman Conservancy Association (DCA) is delighted to announce that it has purchased two adjacent lots of maturing Coastal Douglas-fir forest ecosystems and valuable wetlands on Denman Island. The properties, traditionally occupied by various Coast Salish peoples, and unceded, were most recently held by Raven Forest Products Ltd. of Campbell River BC. Together they total 32.02 hectares (~80 acres).

The “Pickles Waterfall Wetland” properties are contiguous with Denman Island Provincial Park land and are across Pickles Road from the Inner Island Nature Reserve, held by Islands Trust Conservancy. The land also has a common boundary with DCA’s Settlement Lands. This new conservation area is home to the SARA listed Red-legged frog (Rana aurora) and contains habitat for many other species at risk recorded in adjacent conservation areas.

“This is splendid news,” said Des Kennedy, a founding director of DCA who has been active in conservation initiatives since the 1970s. “The current DCA Board of Directors is to be applauded for stellar work in significantly expanding the Pickles preserved area through this most recent acquisition,” Kennedy said. 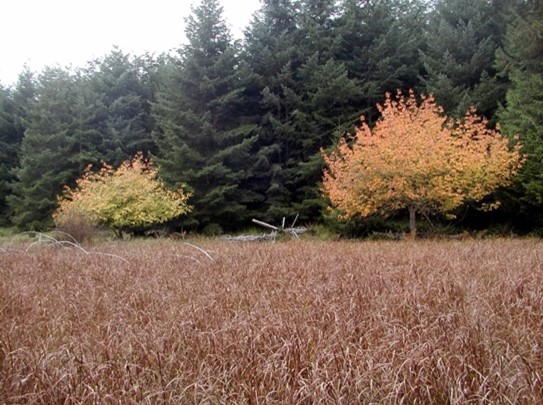 This project was made possible by the Government of Canada through the Natural Heritage Conservation Program, part of Canada’s Nature Fund, and the Provincial Habitat Conservation Trust Foundation’s Acquisition Grant, as well as DCA’s Acquisition Fund, a grant from Islands Trust Conservancy’s Opportunity Fund, in-kind support from Nature Conservancy of Canada and funds generously provided by DCA members and supporters including Denman Island Chocolate and the Denman Climate Action Network. The purchase was completed on September 29th 2021.

“By working with partners like the Denman Conservancy Association, we are protecting nature in British Columbia and across the country. Protecting and conserving more nature across the country is an important part of our plan to address the twin crises of climate change and biodiversity loss. Through programs like the Natural Heritage Conservation Program, we are making progress towards our goal of conserving a quarter of Canada’s lands and a quarter of its oceans by 2025, working towards 30% by 2030.” – The Honourable Steven Guilbeault, Minister of Environment and Climate Change

Denman Conservancy Association is a community-based volunteer organization and a registered charity formed to preserve, protect and enhance the quality of the human and natural environment of Denman Island. It is supported by about 240 members, most of whom are residents of the Island. 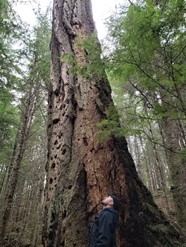 The newly protected Pickles Waterfall Wetland area features coastal Douglas-fir forest stands averaging from 30 to 50 years with select remnant old-growth Douglas-fir trees, and the majority of a 3.94 hectare wetland and its outflow which drains to Pickles Marsh and the Beadnell Creek salmon-bearing watershed. The property includes the crest of an east facing slope which makes up the northeastern boundary. Along the entirety of this slope down toward Pickles Marsh, adjacent to the newly purchased land is approximately 4 hectares of old growth Coastal Douglas-fir forest with significant stands of Western redcedar including a stand of culturally modified trees just 3m outside the northeast boundary of the land, in Denman Island Provincial Park. Denman Conservancy has been interested in the securement of these lands since at least 2004, but the funding has not been available to acquire them until now.