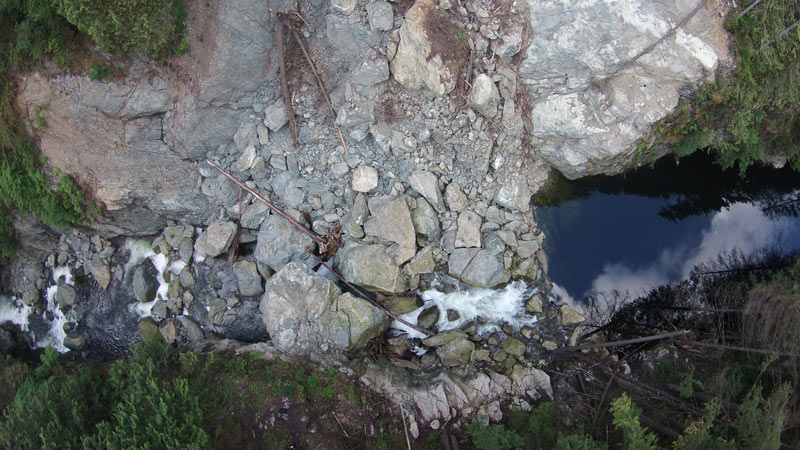 The Seymour Salmonid Society and its partners are pleased to announce that work has begun to restore fish migration around the rockslide debris that has blocked the Seymour River for over 20 months.

On December 7, 2014, an estimated 50 000 cubic meters of rock fell into the lower canyon of the Seymour River following a catastrophic slope failure. The slide debris blocked the river and caused upstream water levels to rise by almost 10 meters. Acoustic and radio tagging studies have confirmed that the blockage has prevented both adult and juvenile salmon from accessing their primary spawning habitats upstream, creating serious concerns about the survival of salmonids on the Seymour. The river is home to unique runs of wild summer and winter steelhead, currently listed by the Province as a conservation concern. Coho, chinook, chum and pink salmon also use the river as spawning and rearing habitat.

Shaun Hollingsworth, President of the Seymour Salmonid Society, emphasized the effects the blockage will have on the river’s fish populations if left unmitigated: “If these fish remain cut off from their spawning habitats, the Seymour’s wild steelhead and coho populations will likely be reduced to mere remnants within five years. The summer-run steelhead may ultimately disappear,” says Hollingsworth. “We must do whatever needs to be done to save these fish.”

Fisheries and Oceans Canada’s Salmonid Enhancement Program, the BC Ministry of Forests, Lands and Natural Resource Operations, Metro Vancouver, the District of North Vancouver, Squamish Nation and Tsleil-Waututh Nation Bands have all agreed in principle to begin re-shaping the slide using scaling crews, low-velocity rock breaking, and river flows as part of a shared vision to “restore migration conditions for all species that existed before the 2014 rockslide, in a safe and sustainable manner.”

Funding for the reshaping has been provided by the Habitat Conservation Trust Foundation, Freshwater Fisheries Society of BC, the Ministry of Forest, Lands and Natural Resource Operations, Tsleil-Waututh Nation, Squamish Nation, the Recreational Conservation Partnership Program, the Department of fisheries and Oceans, both the District and the City of North Vancouver, Coho Society of BC, Steelhead Society of BC, BC Federation of Drift Fishers, and multiple private donations.

The Seymour Salmonid Society is a community based organization consisting of volunteers whose mission is to enhance Seymour River salmon and educate the public about the importance of the river as a resource for drinking water, wildlife, and the forest. For more information, contact Brian Smith, Seymour Salmonid Society Hatchery Manager on 604 288-0511. To join the community volunteers, or donate, please visit www.seymoursalmon.com

Photos (please contact us for larger versions of these images) 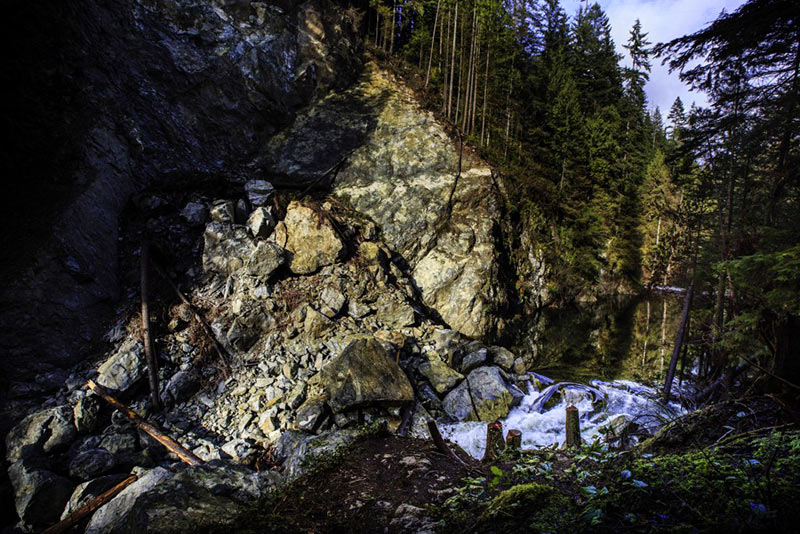 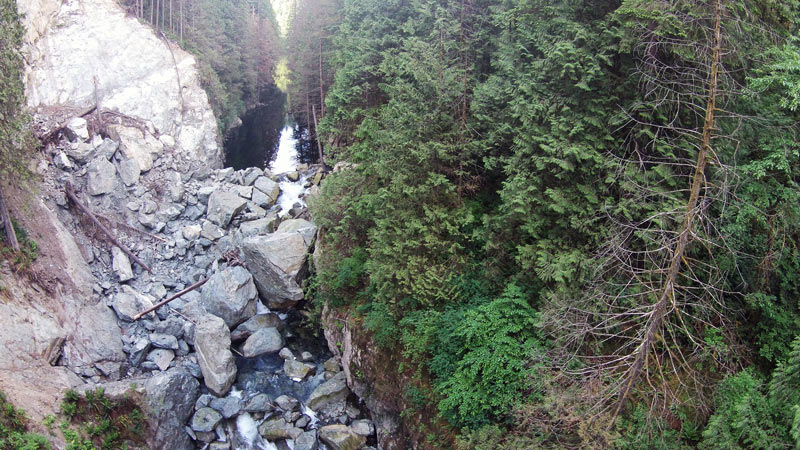 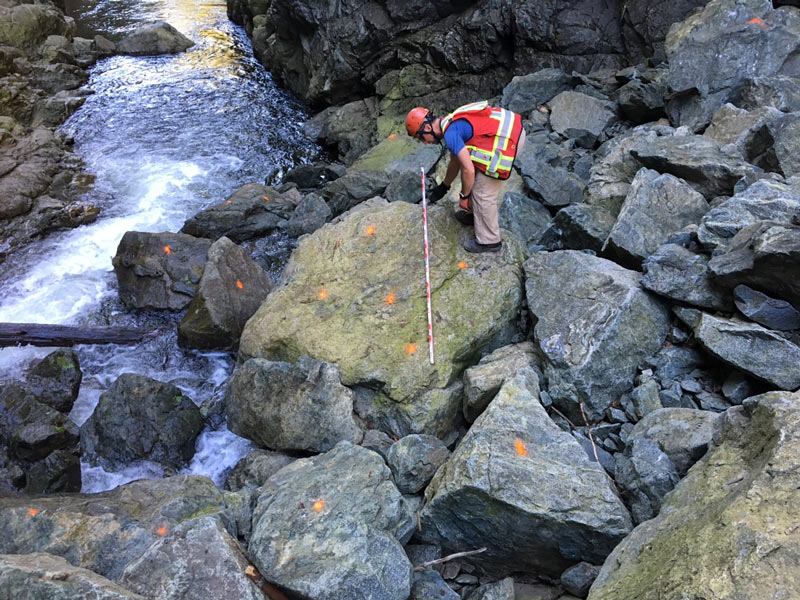 Read the story in the North Shore News >>