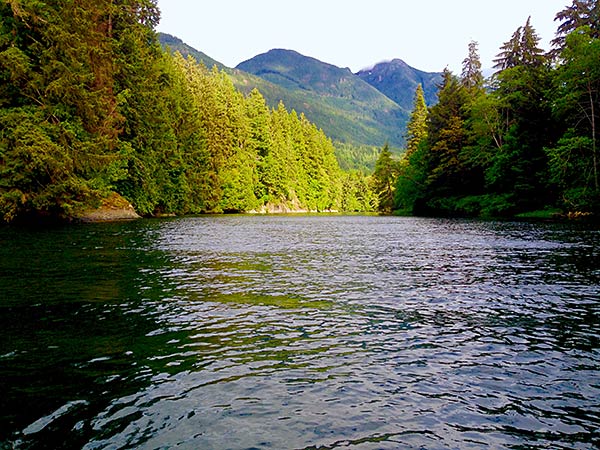 Photo of the Salmon River from the newly-acquired conservation property.

has announced the purchase of 165 acres in the Salmon River estuary near Campbell River on Vancouver Island. This new acquisition is connected to conservation lands previously secured by The Nature Trust and its partners over the past four decades.

“Like many Nature Trust projects, conservation of the Salmon River estuary has been years in the making,” said Dr. Jasper Lament, CEO of The Nature Trust of BC. “This business takes time and patience. We are very grateful to our conservation partners and to the many people who helped make this deal possible.”

“The Salmon River project is the latest purchase of conservation land made possible through the contributions of the anglers, hunters, guide outfitters and trappers of BC,” said Brian Springinotic, CEO of the Habitat Conservation Trust Foundation. “The securement of this high-value habitat will benefit a variety of species, as well as providing additional recreational opportunities.” 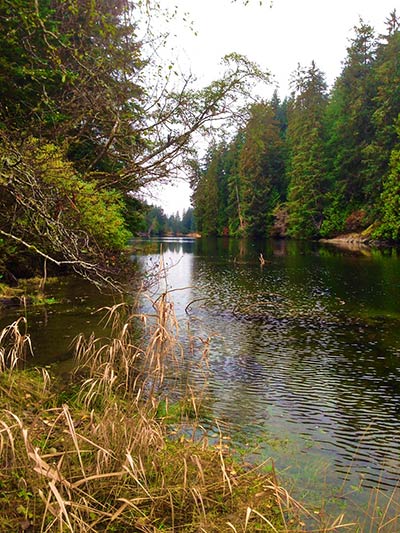 “The Fish and Wildlife Compensation Program is pleased to support this land purchase,” said Program Manager, Trevor Oussoren. “Strategic land acquisitions such as this play an important role in helping fish and wildlife for generations to come.”

The Salmon River estuary is the only significant area of coastal wetland habitat located on the relatively steep and rugged 250 km stretch of coastline from Campbell River to the network of estuaries on the Quatsino lowlands. This strategic location provides critical habitat to numerous species of fish and wildlife, including Great Blue Heron, Marbled Murrelet, Northern Pygmy Owl, Roosevelt Elk, migratory waterfowl and eight species of salmonids. All five species of Pacific salmon are found in the river: Coho, Chinook, Chum, Pink and Sockeye. Anadromous steelhead, cutthroat and Dolly Varden char are all present, as well as resident trout and other native fish species.

Of the approximately 3,200 Roosevelt Elk in British Columbia, the vast majority live on Vancouver Island. Efforts continue to restore them to their historic range, but northern Vancouver Island, including the Salmon River, remains the core of their range in Canada.

“The Salmon River supports a rich diversity of fish and wildlife along with spectacular natural beauty,” said CEO Jasper Lament. “This Vancouver Island conservation treasure is both a tribute to The Nature Trust’s proud history and a wonderful gift to future generations.”

You can view a map of HCTF’s other acquisition investments here.