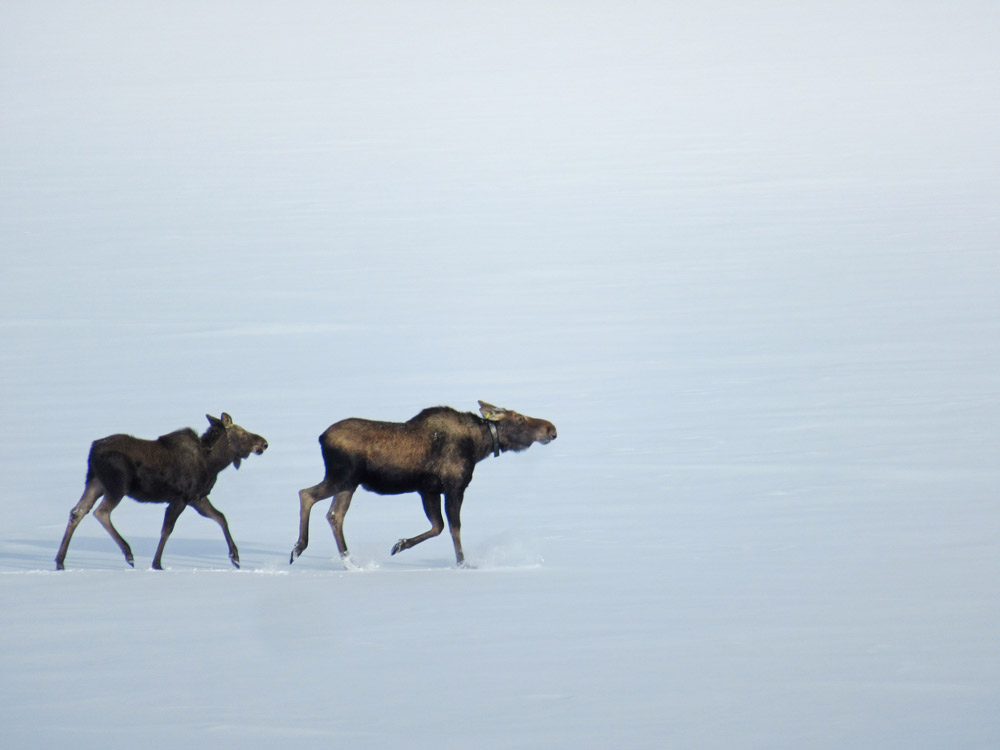 The Habitat Conservation Trust Foundation (HCTF) is supporting a number of studies to inform management decisions responding to the declining moose population in north-central British Columbia. One is looking at the many ways wolves use their home territory, and how this can impact moose.

HCTF has contributed close to $250,000 for the first three years of the study by the B.C. Ministry of Forests, Lands, Natural Resource Operations and Rural Development that is using satellite collars to track up to 10 wolf packs to examine the seasonal wolf predation risk to moose in two areas near Prince George and Fort St. James.

HCTF board member Al Gorley, who wrote a report for the ministry in 2016 recommending ways to restore moose populations in the province, welcomes the work. “While we need to apply the best management tools on the ground, it’s just as important to address critical information gaps,” he says. “This includes making sure we have scientifically appropriate and technically sound data about the complex and dynamic relationships between moose and predators such as wolves.”

Wildlife biologist Morgan Anderson, who is leading the research project for the ministry, agrees. “Where there’s food, there are wolves,” she says. “But it’s not that simple.” Wolves have large home territories – those in the study areas range from around 250 km2 to more than 900 km2 – but they do not use the whole territory in the same way. There are places on an active wolf territory where moose may never encounter a wolf.

“If we can figure out how wolves function over the entire landscape, we can determine what makes an area riskier for moose,” Morgan says. For example, if wolves avoid a road, maybe because of high volumes of industrial traffic, the area may be safer for moose – at least from a wolf predation standpoint. If the road improves access and moose are more likely to encounter a wolf, it would be riskier.

“Wolf responses to these features can inform our next steps for improving the landscape for moose – there may be ways to rehabilitate roads or configure harvesting to create places where moose can be more resilient to predators,” says Morgan.

It’s also important to understand population dynamics. One pack of 10 wolves can be extremely efficient, consuming a large adult moose completely and losing very little to scavengers. If the breeding male or female is killed and the pack splinters, the smaller packs are not as effective defending their kills from scavengers, forcing them to kill more prey.

The project is in its third year, and so far 17 wolves have been fitted with radio collars, although some have died or dispersed. In most cases, the animals are tracked by helicopter in the winter and darted. In the summer, rubber-padded leg-hold traps are used to capture wolves. Additional collars will be deployed this year to maintain collars on about five packs in each of the study areas, and to make up for wolves that die or disperse.

The satellite collars, which record hourly location fixes and upload this data every couple of days, are programmed to last two years and automatically drop off. The research team uses these locations with other spatial layers in GIS to identify the kind of landscape across the home territory and pinpoint where the wolves spend their time.

“We run a clustering algorithm that sorts the locations into groups, which we can visit on the ground,” says Morgan. “A larger cluster of 15 to 20 hourly locations within 100 metres suggests that they are on the kill of a large ungulate, so it’s a priority to visit it to identify the prey and collect samples.” As backup, some animals in the packs are equipped with VHF collars, which tend to have more reliable radio signals and battery life for relocating a pack if the satellite-collared wolf goes missing. They do not provide location data. 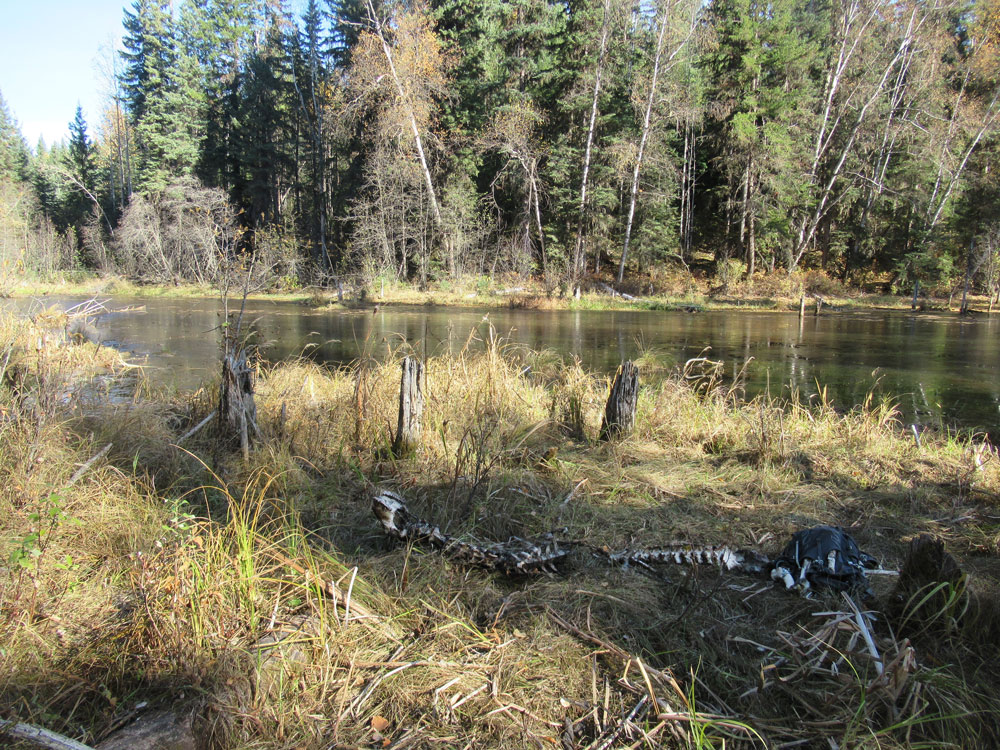 Even though the wolves are pretty efficient – they often carry off and eat even the largest bones – it is still easy to find kill sites and identify the type of prey and its age. “We try to get out at least once a week. It’s not as easy in the winter when sites are covered with snow – you can be standing on top of it and not know. So we make this it priority to get to these sites in the spring.”

Morgan has worked with wolves before. She earned her Masters’ degree studying moose and wolf dynamics in Ontario, and is involved in a project in Nunavut examining interactions among Arctic wolves, muskox and endangered Peary caribou. “It’s interesting how similar wolves are across their range – they are super adaptable and flexible, but a lot of the behaviour patterns are the same.”

She is confident that by the time the project in north-central B.C. ends in 2021 there will be plenty of data to develop a predation risk layer that can be built into moose enhancement activities.

“We already have enough to start sketching in the picture, and are getting to a point where we can actually say something with the data we have,” she says. “It’s confusing when the pack territories shift and collared animals disperse, but we have a ton of locations for the resource selection work, and over 100 kill sites already identified. Of course, the more you want to break it down by season and study area, the bigger the sample you need in order to say anything meaningful.”

One thing that has surprised Morgan is the number of times wolves have left their pack. “We collared one wolf in a large pack and from his size and behaviour, we assumed he was the breeding male. Then he made a big walk, and ended up in a completely new area. We were surprised to see him take off. The next winter, another large pack in a productive neighboring territory started to use the dispersed wolf’s territory. It doesn’t seem like the old pack was entirely trapped out, so what happened to them, and why did the other pack leave their territory to move in?”

In some cases, the lone wolves travel so far they leave the study area. “We keep an eye on them but don’t do kill site investigations,” Morgan says. “We do talk to other biologists in case it is useful to their projects to have a bonus wolf with a collar.”

That’s just one example of how researchers are working together to gather and share data. Morgan offers a tip of her hat to the HCTF for supporting projects that let her and her colleagues work together to collect information and compare interactions – the wolf work is directly linked to the Provincial Moose Research Project, both other projects in the region can also benefit from the data.

She’s also grateful for the support of resource users such as hunters and trappers who return collars if they harvest a collared wolf, and provide regular updates about what they are seeing out on the land.