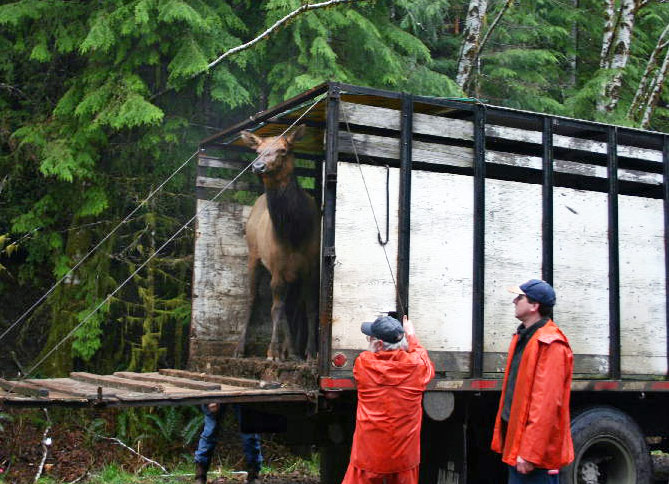 Today’s Globe and Mail features the following video of the HCTF-funded Coastal Mainland Roosevelt Elk Recovery and Management Project. This highly successful project relocates Roosevelt Elk from areas along the Sunshine Coast Highway to remote watersheds in southwestern British Columbia where the species was historically found.

By the 1900s, the number of Roosevelt Elk in BC had been severely reduced, and they were all but eliminated from the southern mainland coast. Since 1997, HCTF has provided approximately $750,000 to fund the translocation (and monitoring) of over 450 elk to 22 different mainland locations. The resulting population from these transfers is estimated to be 1,400 animals. 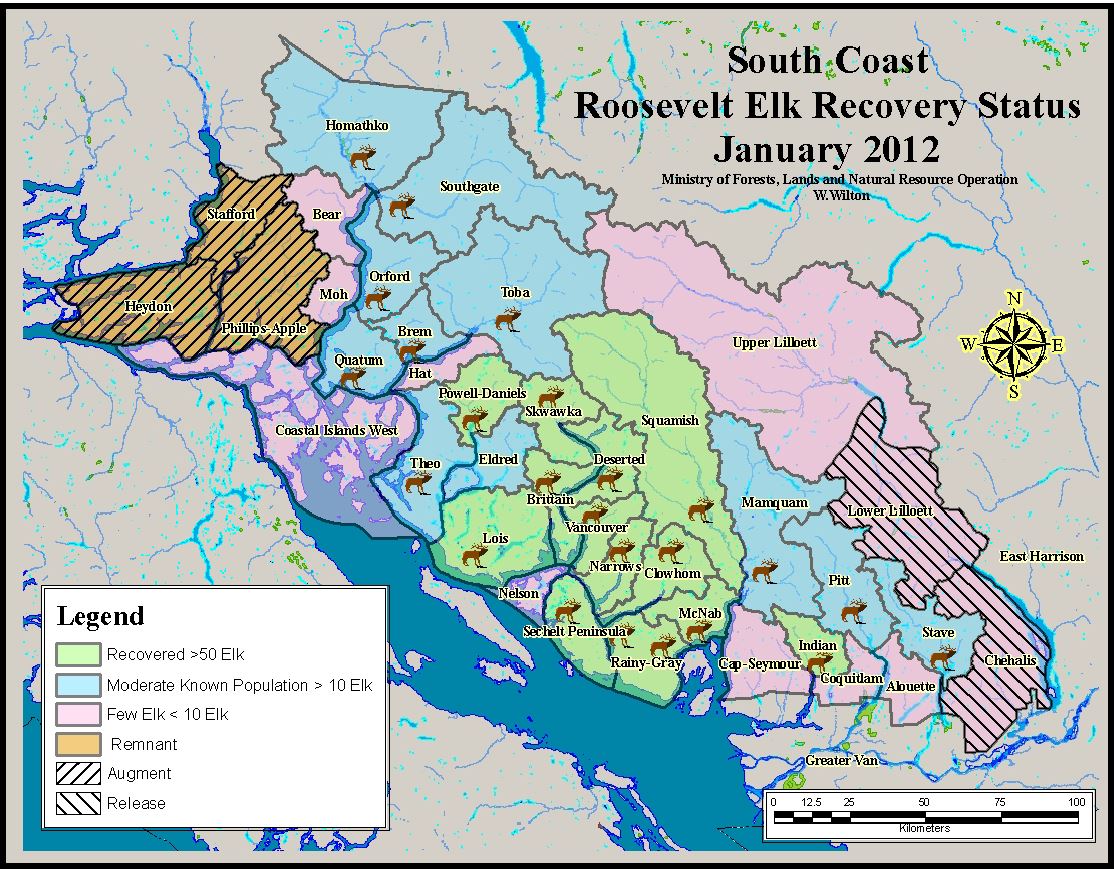 The restoration of this big game species to its former habitats not only has ecological benefits, established populations resulting from translocations also provide some limited-entry hunting opportunities, which benefit local First Nations, resident and non-resident hunters.

To find out more about the Coastal Mainland Roosevelt Elk Recovery and Management Project, visit the following links:

Up Close with Roosevelt Elk: YouTube Video of Canada in the Rough episode featuring project leader Daryl Reynolds darting and collaring a bull Roosevelt elk to collect information on their habitats (helicopter action starts at 9:32).