WANTED: Reports of dead bats and of bats flying during winter 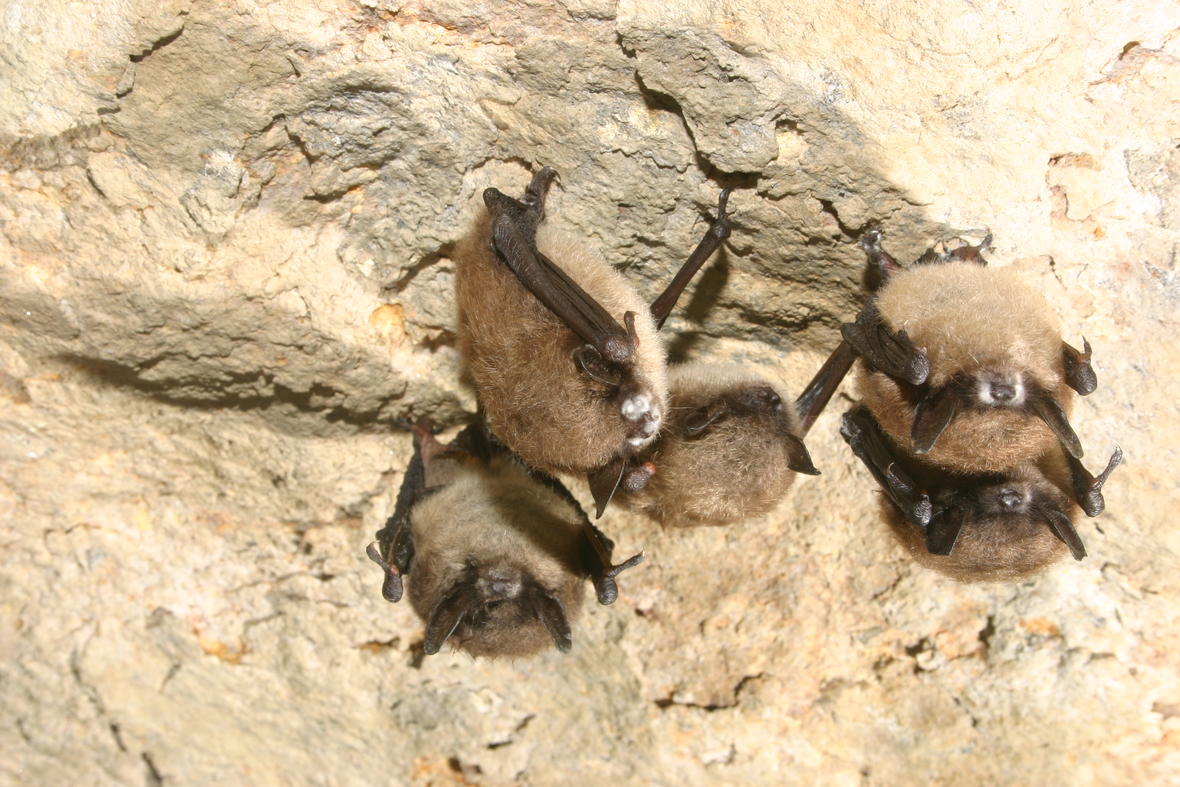 BC bats are threatened by disease, and researchers are again asking for the public to help. White Nose Syndrome (WNS), a fungal disease responsible for the death of millions of bats in eastern North America, has moved to the west coast.

Confirmed in Washington State just 150 km south of the BC-US border, the presence of the fungus is very worrisome for the health of our bat populations. The disease has near 100% mortality for some species of bats exposed to the fungus, including the familiar Little Brown Myotis. Although devastating for bats, WNS does not affect humans.

The BC Community Bat Program in collaboration with the BC government is requesting the public’s help in monitoring the spread of this disease. “We believe that our bats hibernate in relatively small groups across the province” says Mandy Kellner. “Detecting WNS in our province will require many eyes on the ground”. The typical first sign of this disease is bats flying during the winter, an unusual sighting at a time of year when bats should be hibernating. Another sign of the presence of WNS is the appearance of dead bats outdoors as they succumb to the effects of WNS.

“We are encouraging the public to report dead bats or any sightings of winter bat activity to the Community Bat Project (CBP) toll-free phone number, website, or email below. Bat carcasses will be submitted for testing for White Nose Syndrome and would provide the earliest indication of the presence of the disease in BC” says Kellner. Reports of winter bat activity will help focus research, monitoring and protection efforts.

If you find a dead bat, report it to the CBP (1-855-922-2287 ext 24 or info@bcbats.ca) as soon as possible for further information. Never touch a dead bat with your bare hands. Please note that if you or your pet has been in direct contact with the bat you will need further information regarding the risk of rabies to you and your pet.

Currently there are no treatments for White Nose Syndrome. However, mitigating other threats to bat populations and preserving and restoring bat habitat may provide bat populations with the resilience to rebound. This is where the BC Community Bat Program and the general public can help.

Funded by the Habitat Conservation Trust Foundation, the Forest Enhancement Society of BC, the Province of BC, and the Habitat Stewardship Program, the BC Community Bat Program works with the government and others on public outreach activities, public reports of roosting bats in buildings, and our citizen-science bat monitoring program.

HCTF is providing funding for the BC Community Bat Program through grants to project 0-476, Got Bats? B.C. Community Outreach, Conservation and Citizen Science Project