Today, The Nature Trust of British Columbia, one of the province’s leading non-profit land conservation organizations announced that 29.2 hectares (72 acres) of ecologically important land has been purchased for conservation in the South Okanagan.

The Skaha Lake Eastside conservation complex adds important habitat for Bighorn Sheep for foraging, lambing, and escaping predators. Due to its ecologically rare and important ecosystems including grasslands, open forests, and rocky terrains, Bighorn Sheep can have all their needs met on this property and the surrounding area including birthing lambs in the spring.

Open and native grassland covers less than 1% of BC’s land base and provides habitat for more than 30% of BC’s species at risk. Grasslands support more threatened and endangered plants and animals than any other habitat type in the province. With the South Okanagan irreversibly losing native grasslands due to human development and cultivation, it is crucial we protect the undisturbed grasslands that remain. 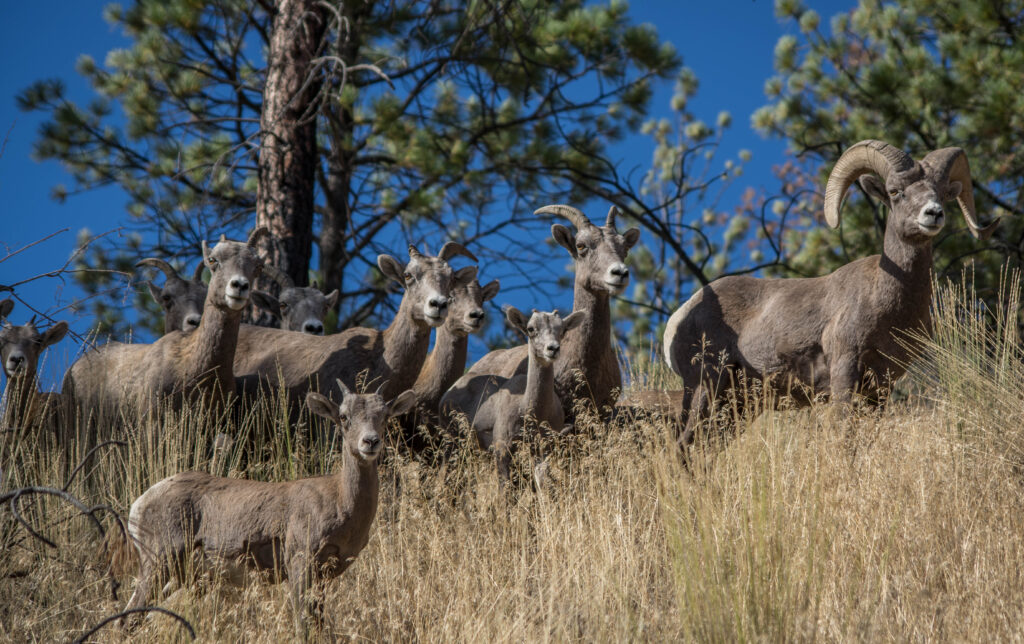 Bighorn Sheep are a species of provincial concern in British Columbia. They depend on mixed habitat to survive including cliffs, grasslands, and escape terrain. Human pressures on their habitat have reduced their distribution in the Okanagan. Their grassland habitat has experienced degradation, fragmentation, and outright loss. Increased human activity has disrupted their movements, decreased population size, and increased their susceptibility to disease.

Each species has a role to play in ensuring the persistence of biodiversity and a healthy ecosystem. Protected areas are the best way to ensure biodiversity can flourish undisturbed in perpetuity.

This project was made possible by the Government of Canada through the Natural Heritage Conservation Program, part of Canada’s Nature Fund, Habitat Conservation Trust Foundation, Wild Sheep Foundation (including Midwest and Eastern Chapters), Wild Sheep Society of BC, and many other individual supporters.

“The Nature Trust of BC has been purchasing land for conservation in the south Okanagansince 1975. Protecting properties like Skaha Lake Eastside, with complex and sensitive ecosystems that support many at-risk species, is one of our top conservation priorities. When we save habitat for Bighorn Sheep, we also protect numerous other species at risk.
— Jasper Lament, CEO, The Nature Trust of BC

“By securing this latest piece of ecologically significant land, NTBC continues contributing to a growing assembly of conserved lands that provide important habitat for many wildlife species such as Bighorn sheep. Large landscapes with protected intact grasslands, forests and wetland habitats become more resilient to the impacts of climatic change and provide more connected linkages for wildlife. The Habitat Conservation Trust Foundation is excited to partner with NTBC and the other funding partners on the Skaha Lake Eastside conservation complex to conserve these habitats for wildlife into the future.”
— Dan Buffett, Habitat Conservation Trust Foundation, CEO

“The twin crises of climate change and biodiversity loss are two sides of the same coin, and we must tackle them together. By working with partners such as The Nature Trust of British Columbia, we are helping to protect the natural environment in British Columbia and across the country. Programs like the Canada Nature Fund’s Natural Heritage Conservation Program are helping us progress toward conserving a quarter of lands and oceans in Canada by 2025.”
— The Honourable Steven Guilbeault, Minister of Environment and Climate Change