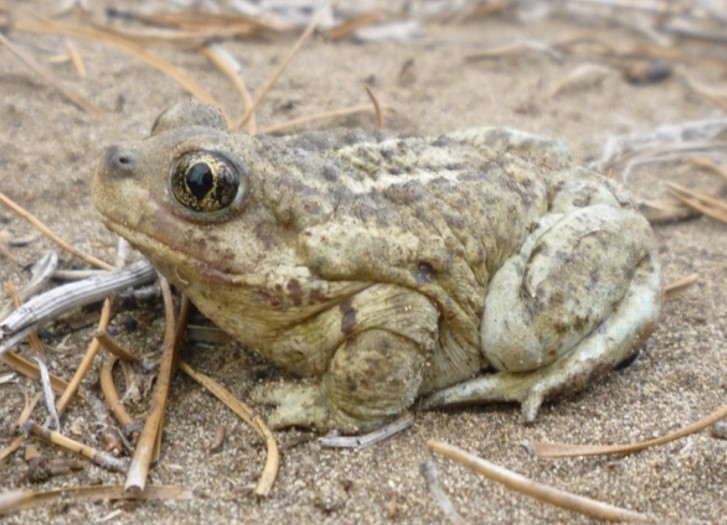 This past week the Committee on the Status of Endangered Wildlife in Canada (COSEWIC) released the results of its November species assessment. In this most recent COSEWIC review, 21 unique Canadian flora and fauna were added to the national list of species at risk of extinction in categories ranging from “Special Concern” to “Endangered”. Given the unique habitats and wealth of species biodiversity in our province, the largest proportion of these species can be found right here in British Columbia.

Of the 8 newly recognized species-at-risk occurring in BC, the Western Harvest Mouse’s megalotis population, Great Basin Spadefoot toad, Slender Yoke-Moss, and 3 species of Sculpin are found nowhere else in Canada. In particular, the Slender Yoke-Moss’s entire global range is known to occupy a single square meter of limestone cliff on Haida Gwaii. While the Great Basin Spadefoot’s range extends widely into the United States but the the species is experiencing rapid habitat loss in its northern habitat due to increased human development throughout the Okanagan Valley. These decreasing populations are indicative of the wider threats facing species and habitats across British Columbia and the world. Through the Habitat Acquisition Grants program the Habitat Conservation Trust Foundation (HCTF) helps conservation organizations and communities protect and maintain vulnerable habitats throughout BC. Securing important and increasingly under pressure habitat types (such as wetlands & grasslands) is an important first step in giving species-at-risk and the ecosystems they occupy the opportunity to recover.

This newest list of assessed species is notable for the abundance of smaller, less well studied species. Although we typically hear about more charismatic species such as caribou and other large mammals it is important to recognize that British Columbia (much like the rest of the planet) is experiencing general biodiversity loss among all species. When developing conservation projects and planning habitat protection efforts it is important to remember that each species in a habitat has an important role to play within the larger ecosystem. Loss of biodiversity in any given ecosystem can significantly impact that habitat’s ability to resist threats and impacts of climate change.

For more information on the efforts being taken to conserve BC’s unique and diverse ecosystems, as well as tips on how you can get involved in efforts to conserve habitats and species in your own backyard stay tuned to the HCTF’s blog at https://hctf.ca/blog/.