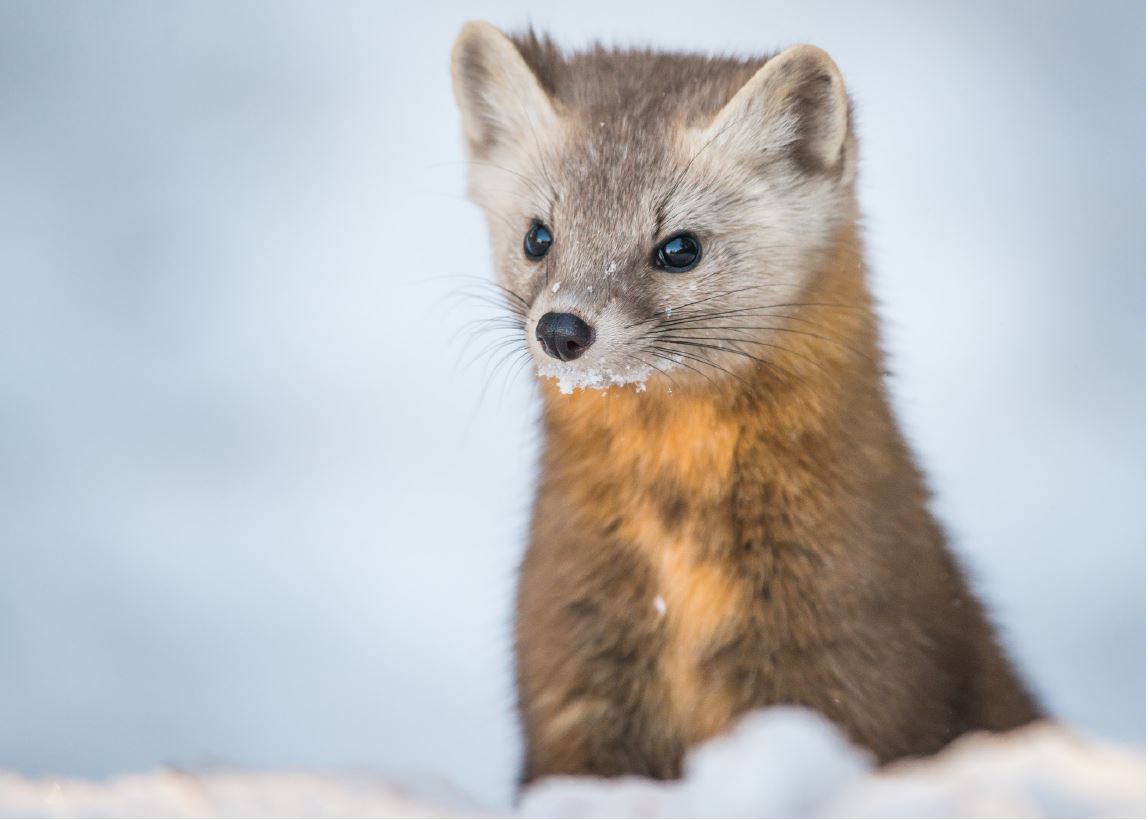 With the official start of winter kicking off on December 21st, British Columbians are busy preparing for shorter days, colder weather and tons of fresh snow. But while you are bundled up in your home BC’s wildlife species have their own strategies for surviving the season’s coldest temperatures.

It’s time to pull your favorite sweater out of the closet and BC’s wildlife species are putting on the layers too. Some species sport winter wear designed to blend in with their surrounding like the rock ptarmigan’s snowy white winter plumage, while other animals like caribou grow thick layers of fur with hollow hairs to trap warm air close to the body. Mountain goats grow thick and wooly winter coats that keep their bodies well insulated from the cold winter chill as well as the biting wind of their high alpine homes. The Salish First Nations recognized the value of the mountain goat’s wool and have a tradition of collecting the wool after the spring molt for use in weaving blankets and other textile goods. 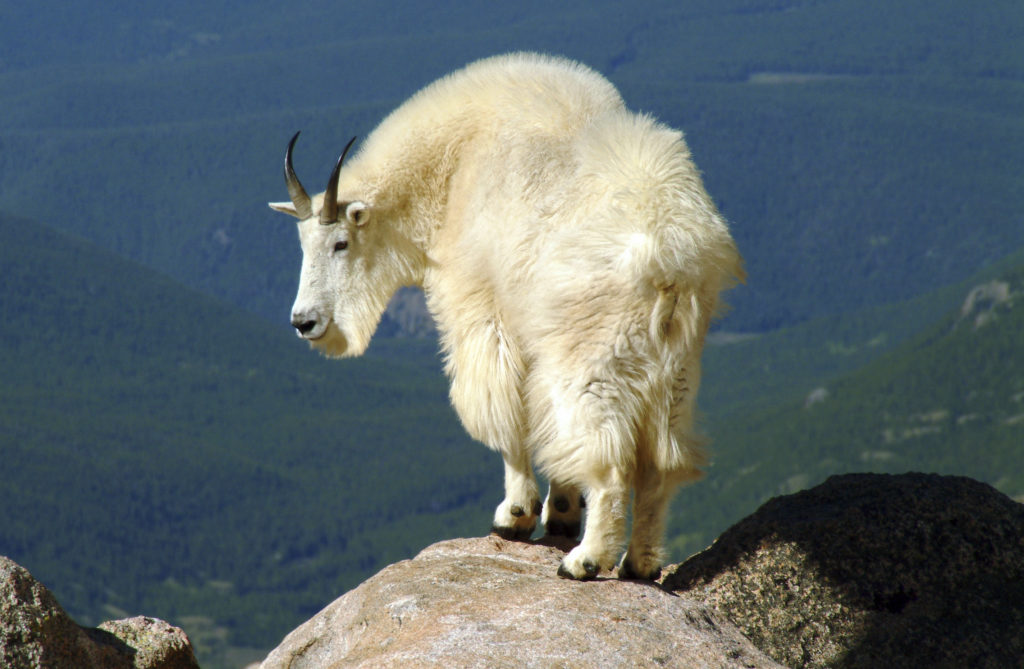 As the mercury begins to drop it can be tempting to hole up inside, but the cold and ice shouldn’t keep you from enjoying the great outdoors. Animals of all description are out in full force. Species like the Canada lynx are expertly adapted to life in the snow with wide snowshoe-like pads that distribute the cat’s weight across a larger surface area, allowing for graceful movement in even the deepest snow. Other animals revel in the opportunities that winter provides; ruffed grouse dig into snowbanks creating a shelter similar to a quinzhee or snow fort while great horned owls leave snow angel like tracks as they pluck their prey from below the snow layer. 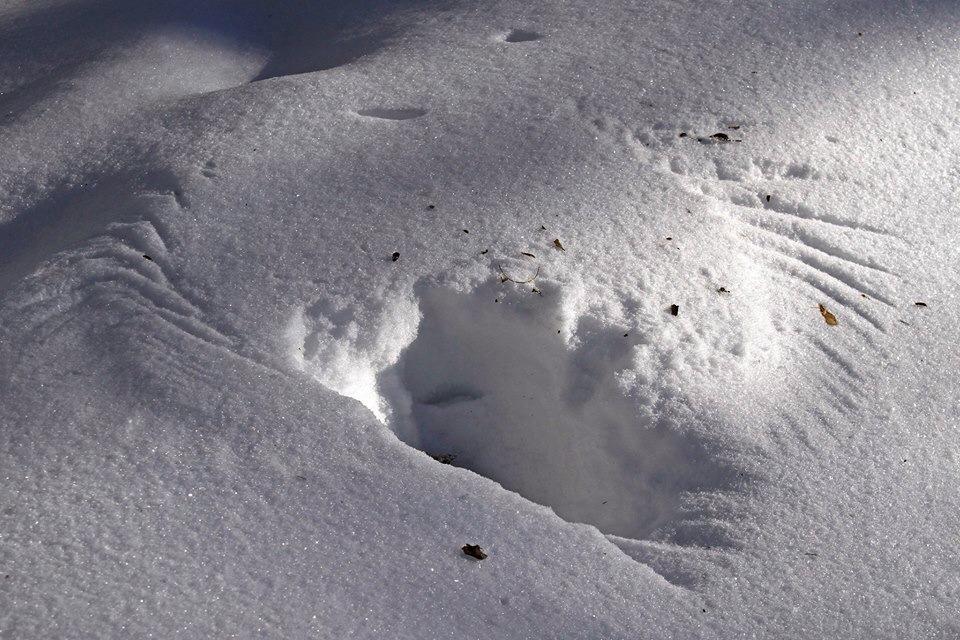 Owl tracks in the snow (courtesy of Wiki Commons)

Nothing warms you up on a cold winter day quite like a good meal. In the animal kingdom stores of fodder and fat are essential for many species’ survival in the lean months of winter. Bears and other larger mammal species bulk up during the autumn to ensure that they have enough fat to survive the winter. But the undisputed master of winter food preparation and planning is the Pika. These high alpine rabbit-relatives practice a behavior known as haying, in which they collect, dry and store a portion of the alpine meadow vegetation they feed on during the summer months for the winter. Pika will even collect otherwise toxic plants which stay fresh for longer, consuming these only after they have exhausted their supply of quicker spoiling vegetation. It just goes to show you that preparation and planning can make even the longest, coldest winters bearable. 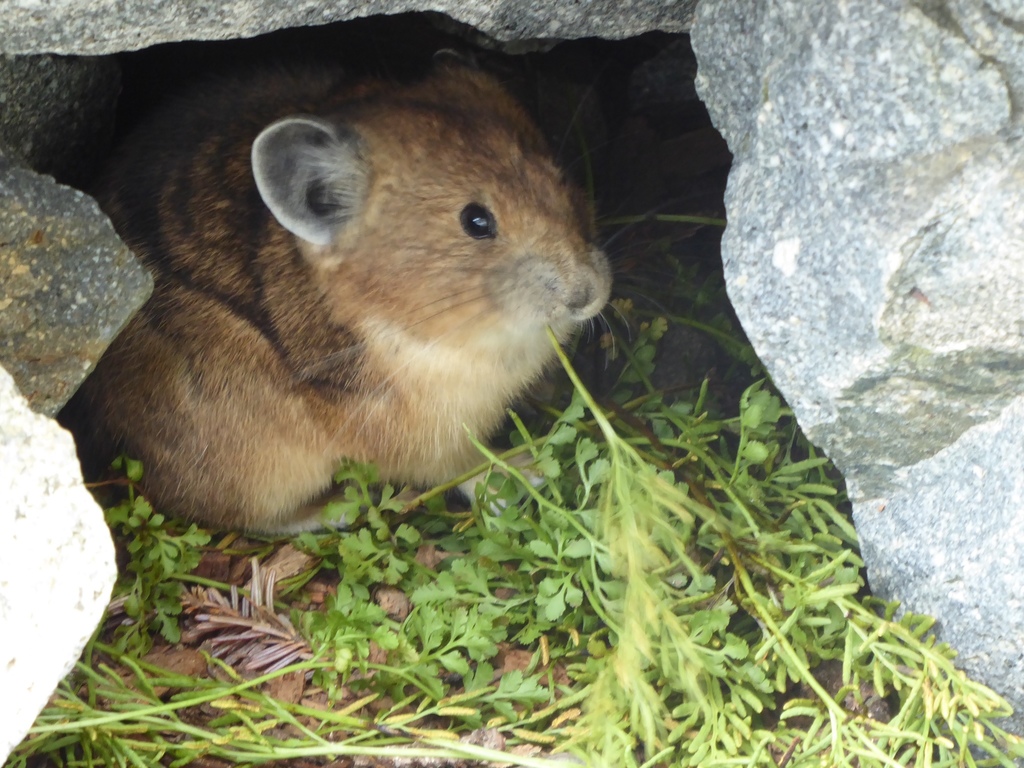 American pika in its den (courtesy of iNaturalist)

Fly South for the Winter –

If you have prepared for the winter as best you can and the long nights and constant chill is still making you long for warm sandy beaches and the tropical sun, why not take a hint from the birds and fly south for the winter? British Columbia is home to the Pacific Flyway migratory corridor and sees millions of birds escaping to warmer climes during the winter months. Western Tanagers migrate from across the province south to winter grounds along Mexico’s western coast while Vancouver Island becomes a magnet for raptor species like Bald Eagles that travel to the coast to take advantage of the warmer microclimate around the Salish Sea. In an extreme case, the Sooty Shearwater undertakes one of the world’s longest migration from the waters off the BC coast traveling south to New Zealand and the South Pacific to give winter a miss entirely and enjoy summer in the southern hemisphere instead. 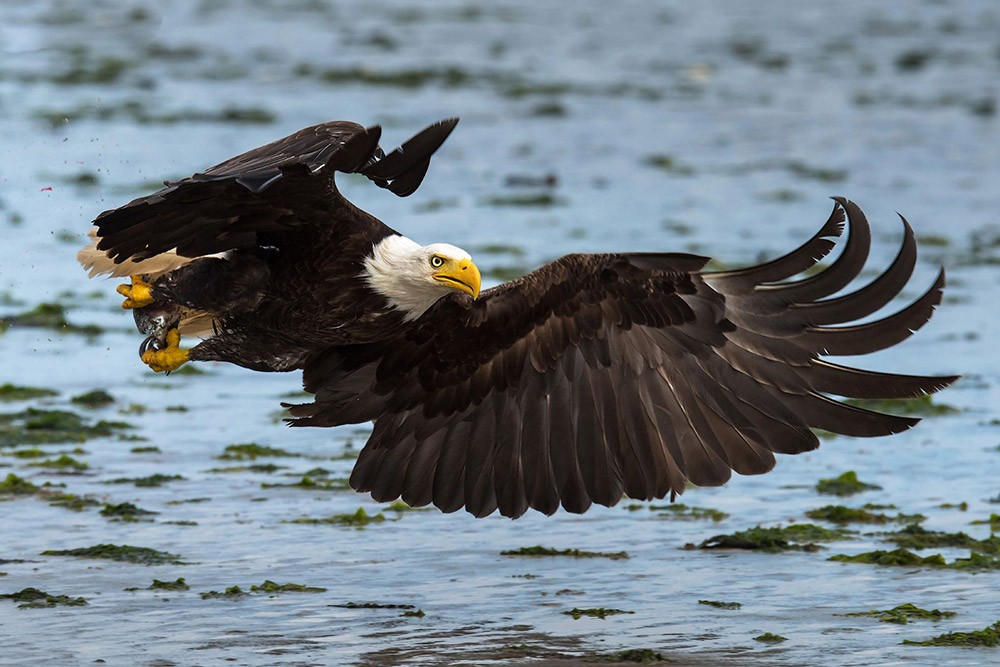