This month, we’re blogging about HCTF projects focused on members of family Mustelidae, a diverse group of carnivores commonly referred to as the weasel family. In British Columbia, members range from the tiny Least Weasel – only slightly bigger than a mouse and found primarily in open grasslands- to the infamous Sea Otter, a marine mustelid that can live its entire life without leaving the water and that weighs up to 100lbs. Like their sizes and preferred habitats, the conservation status of mustelid species also varies greatly. For example, BC’s American Marten and River Otter populations are (as a whole) thought to be secure, but species such as the Fisher, American Badger, and Wolverine are listed as endangered or of special concern. Because of their relatively low reproductive rates and specialized habitat requirements, even currently secure species like the marten require preventative action to ensure they stay that way. HCTF grants are being used both to try to improve conditions for mustelid species in trouble and to keep the more common species common. Read about how Shannon Crowley and his colleagues at the John Prince Research Forest are using the latest in GPS technology to study the effects of salvage logging on American Marten, how Fisher expert Larry Davis is working to preserve the increasingly-rare trees critical to that species’ reproductive success, and how Dr. Thomas Sullivan’s is demonstrating that clearcut waste wood shaped into windrows could help conserve small mammal populations. 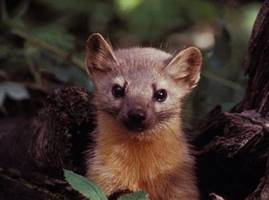 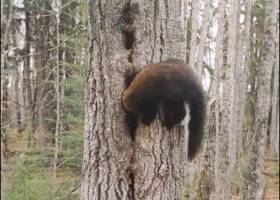 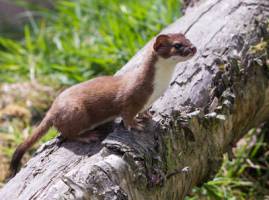