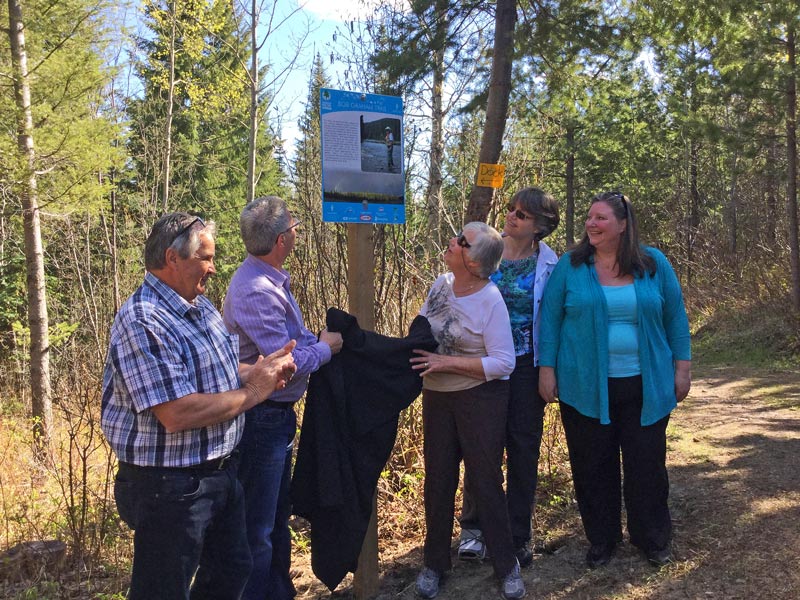 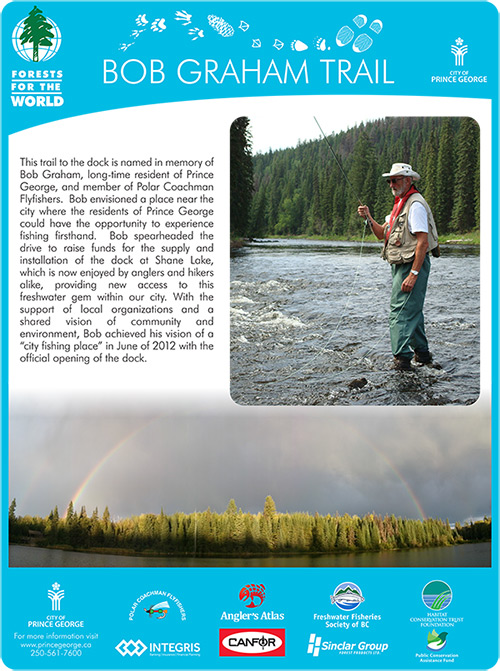 On May 8th, Prince George officials and community members gathered together with family & friends of the late Bob Graham to celebrate the naming of a new trail in his honour. The Bob Graham Trail is situated within Prince George’s Forests of the World park. The trail provides access to the fishing dock on Shane Lake, installed in 2012 as part of a PCAF project led by Mr. Graham and the Polar Coachman Fly Fishers Club. Bob envisioned a “city fishing place” where local residents could experience and enjoy angling as much as he did. In addition to receiving a grant from HCTF, Bob also secured funding from the City of Prince George, Polar Coachmen Flyfishers, Freshwater Fisheries Society of BC, Integris, Canfor, and Sinclar Group, and helped coordinate the many volunteer hours that made the dock a reality. HCTF Board members Dr. Winifred Kessler and Don Wilkins attended the dedication ceremony, and shared the following photos: 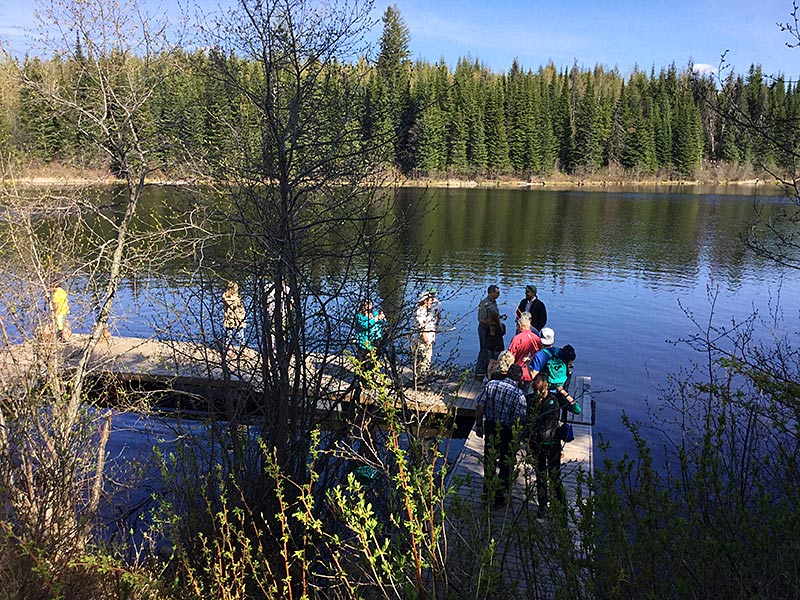 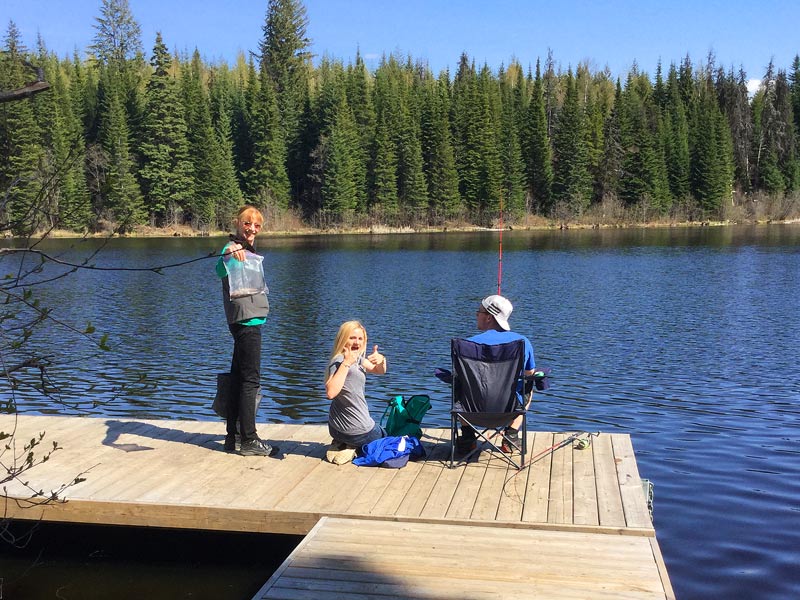 If you’re interested in trying out fishing at the Shane Lake Dock, it’s circled on the map below (map courtesy of the City of Prince George: click on image to enlarge). The dock is about a 15 minute walk from the parking lot. Shane Lake is stocked with rainbow trout by the Freshwater Fisheries Society of BC: you can access the latest stocking reports here. And don’t forget to purchase a fishing licence if you’re 16 or over: as well as allowing you to participate in a great outdoor activity, your licence fees pay for stocking programs, fish conservation and angling infrastructure projects like this one. 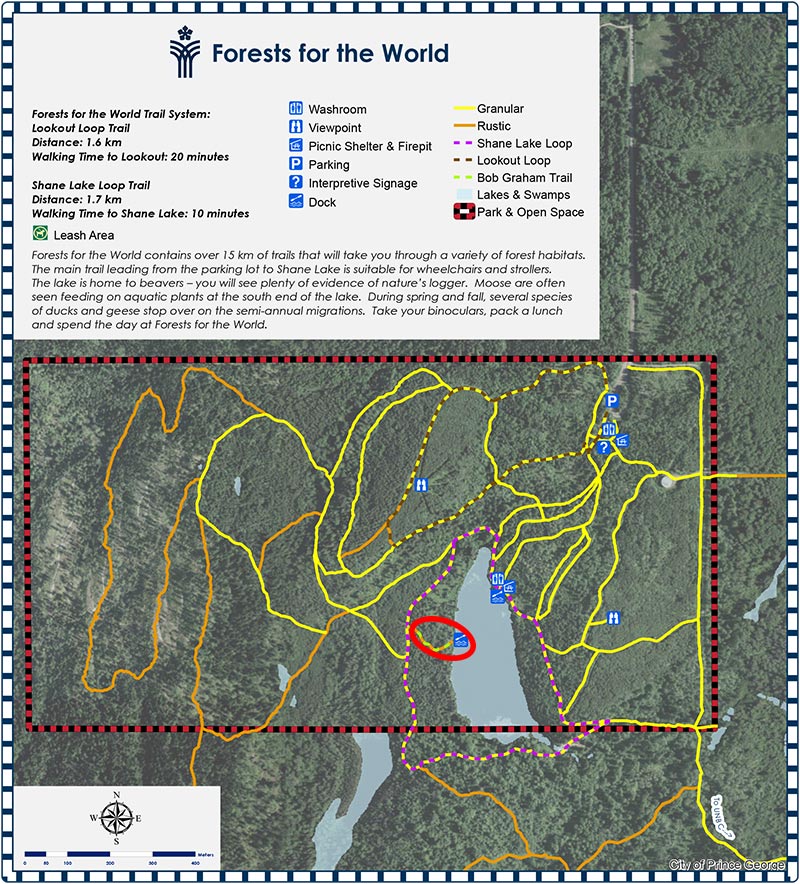