White-Nose Syndrome Moves Closer to BC

This weekend’s headlines contained the disturbing news that White-nose syndrome has reached Washington State. This represents a huge geographic jump from previous detection sites on the East Coast and Midwestern United States, further supporting the idea that humans are likely playing a role in the spread of the disease. 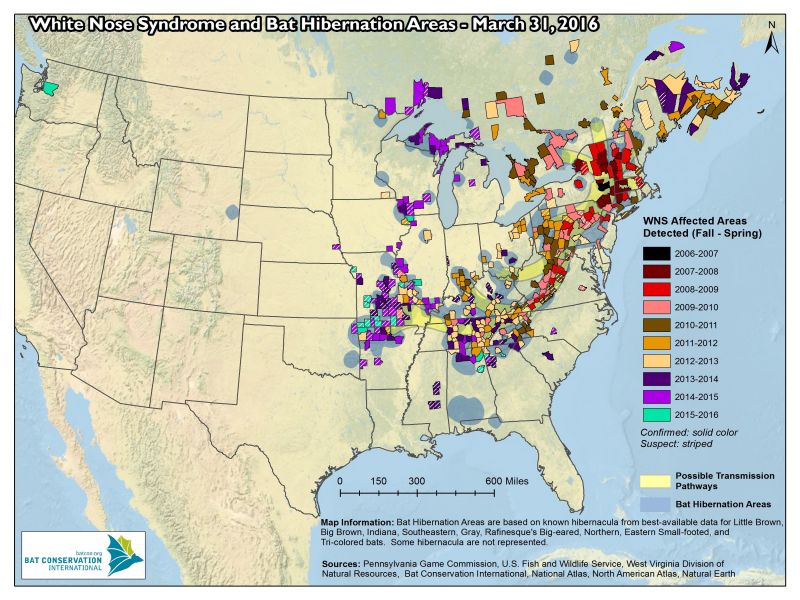 Though primarily spread by bat-to-bat contact, fungal spores can be transported on equipment or clothing used at affected sites if not properly decontaminated. Though not currently known to affect humans, white-nose is devastating to bat populations: it’s estimated the fungus has been responsible for the death of 6 million bats to date. 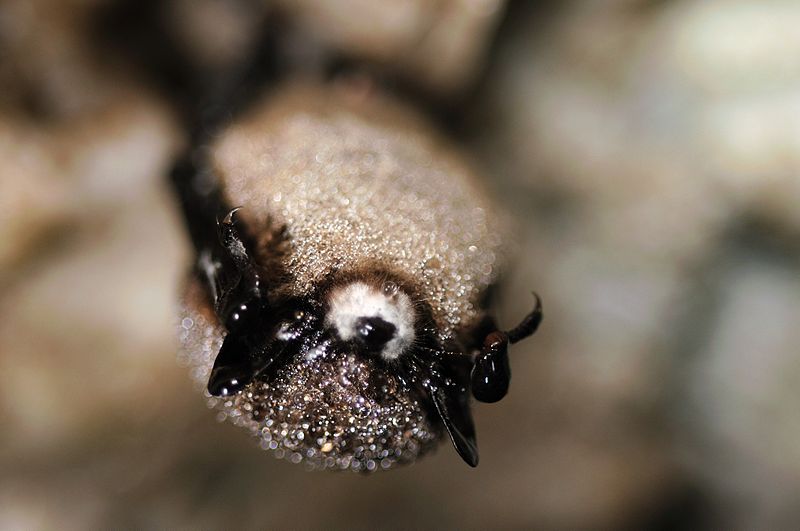 White-nose is named for the fuzzy white fungus that appears on the muzzles and wings of hibernating bats. The bats wake frequently to try to groom the fungus off these areas, and the disease also causes acidosis of the blood, forcing the bats to burn more energy. The result is bats leaving their winter hibernacula in search of food, which ends in death by starvation.

The recent discovery of white-nose in Washington makes BC bat conservation efforts all the more critical. Biologist Cori Lausen is leading an HCTF-funded project that is working with cavers and other citizen scientists to identify critical bat overwintering habitats and baseline information about BC bat populations that will be critical in the fight against White-nose. You can read a recent Globe & Mail article about Cori’s project here, or visit their website to find out more information.