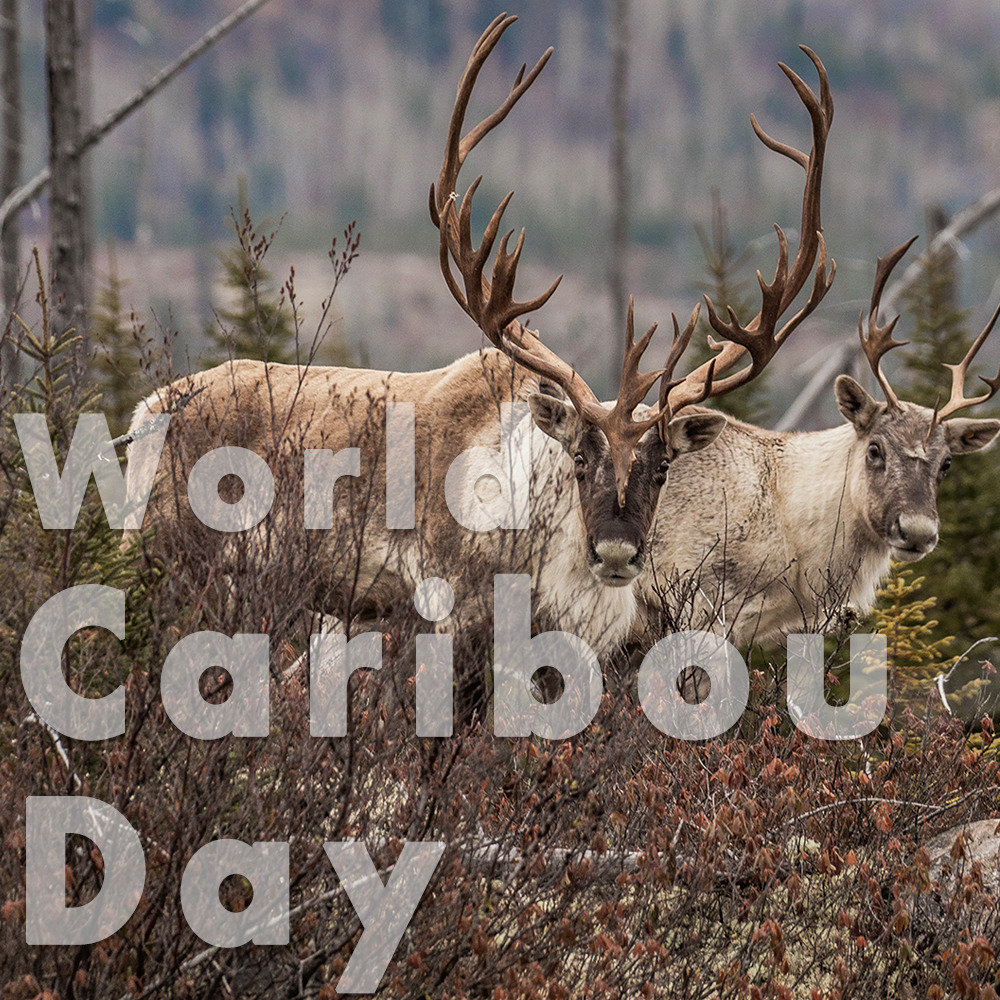 Today marks the first annual World Caribou Day! Alongside the Caribou Conservation Breeding Foundation, Habitat Conservation Trust Foundation is celebrating this iconic Canadian species. Take the opportunity to learn about the threats facing caribou and the conservation works going on in British Columbia and across the world to protect the species for generations to come.

A few facts about Caribou! Caribou and Reindeer are two names for the same species and occupy arctic, sub-arctic, boreal, and sub-boral ecosystems across North America and Eurasia respectively. These groups are further separated into subspecies, with woodland caribou, Peary caribou, Porcupine caribou, and barren-ground caribou comprising the species spread across northern Canada. Caribou are the only species of deer in which both the male and female have antlers and they use these antlers to brush away snow as they search for food and to defend themselves. The species is supremely well adapted to cold climates, with a double-layered coat of fur, a hairy nose to minimize heat loss, large hooves that let them walk softly atop snow (like snowshoes), and which make clicking noises with each step which helps the herd stick together even when visibility is poor due to blizzards or thick fog. Caribou are herbivores and rely on grasses, leaves, mushrooms, and flowering plants in the summer, while during the winter their diet consists of lichen, small shrubs, and sedges. Caribou eat 9 to 18 lbs. of vegetation a day and herds may migrate over 1,000 kilometres in search of food and habitat. Barren-ground caribou have the longest migration of any land mammal on earth! 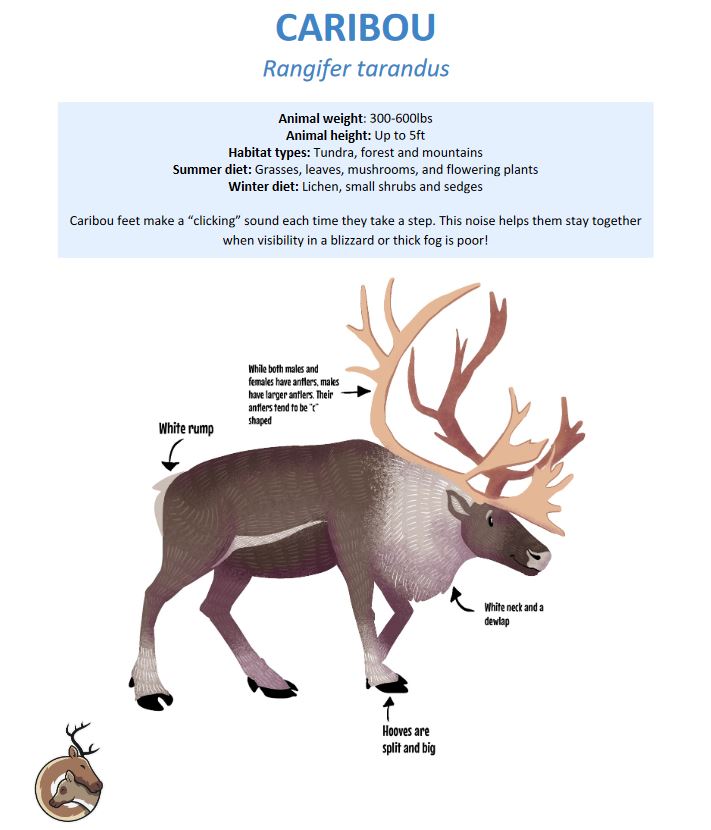 Caribou populations are declining globally and have sustained a 40% overall decline over the last 10-30 years. The International Union for Conservation of Nature (IUNC) lists the species as vulnerable on its Red List of Threatened Species. Within Canada, the conservation status is assessed for each caribou population, with many listed as threatened or endangered. Although caribou abundance naturally fluctuates, those natural cycles are being impacted by human-induced factors. Resource development, hydroelectric development, fire suppression, urban sprawl, and agriculture have fragmented and altered much of caribou habitat. While highways, roads, and cut lines further disrupt migration routes and create corridors that allow predators, such as wolves, to infiltrate caribou habitats more easily, increasing their vulnerability to predation. Climate change resulting in rising temperatures, shifting precipitation patterns and changes in wildfire ecology impact both caribou habitat quality and availability. Climate impacts also shift the distribution and viability of infectious pathogens and place caribou populations at risk of contracting novel diseases. 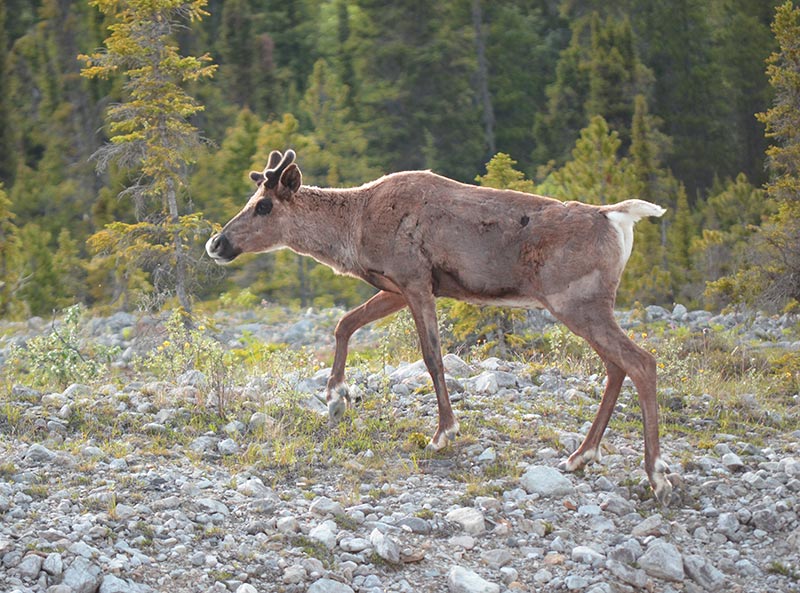 The Habitat Conservation Trust (HCTF) is supporting the restoration and conservation of British Columbia’s caribou populations through the Caribou Habitat Restoration Fund (CHRF). The CHRF grant was set up for the purpose of restoring high-value habitat for caribou in British Columbia using functional and ecological restoration methods. To address factors such as urbanization, forestry, oil and gas, mining, and roadbuilding work, which altered caribou habitat, the CHRF funds projects that plant trees to restore areas to a pre-disturbed state, block former roads and other linear features such as seismic lines (corridors cleared of vegetation to assist oil and gas exploration) to reduce predator access and restore food sources such as lichen within protected caribou habitats. 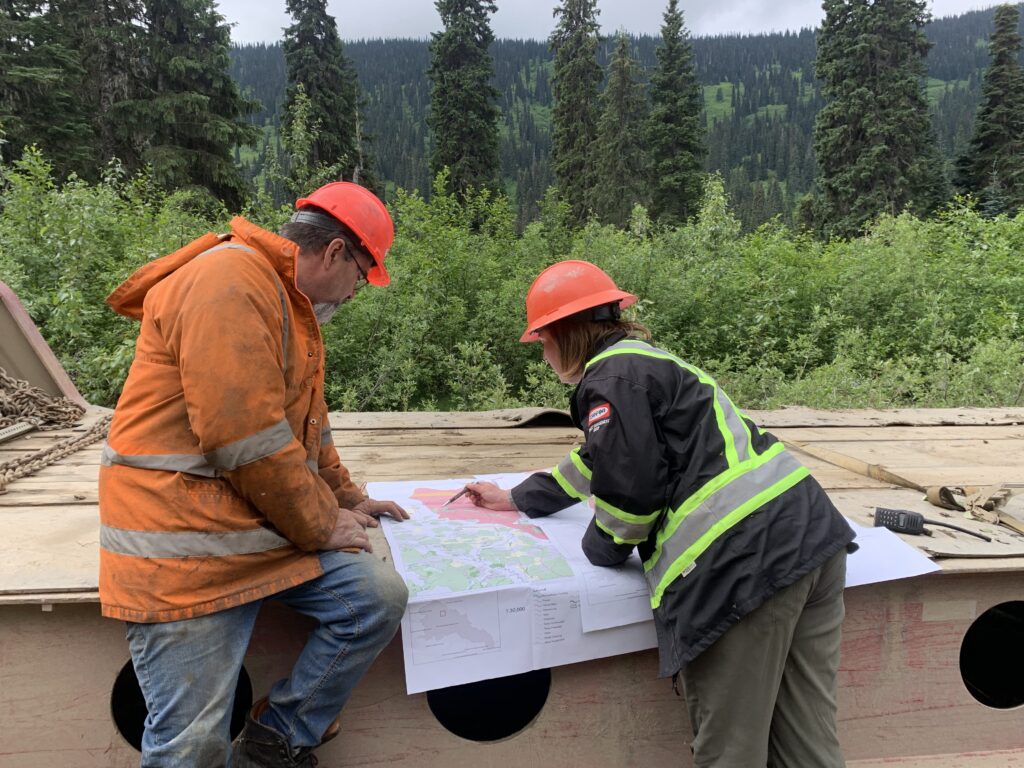 Funding for the CHRF is provided by the British Columbian and federal governments with $8.5 million committed by the province in 2018 and an additional $5 million from the federal government pledged in 2021. Through the CHRF, HCTF is currently supporting 14 caribou habitat restoration projects across the province including the Mount Rochfort project, led by the Nîkanêse Wah tzee Stewardship Society in co-operation with Wildlife Infometrics and Canadian Forest Products Ltd. With the support of a $192,617 grant, habitat is being restored along a 156 km stretch of road in the Klinse-za caribou-herd area, adding about 7,865 hectares of habitat and contributing to a total of 26,322 hectares of connected caribou range. A full list of current CHRF-funded projects occurring across BC is available on the HCTF webpage.