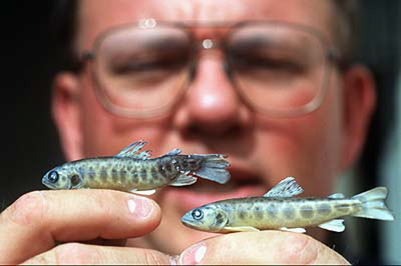 Last August, Canada’s first case of whirling disease was confirmed at Johnson Lake within Banff National Park. Alberta’s Bow River, Red Deer and Oldman River watersheds have now been declared infected with whirling disease by the Canadian Food Inspection Agency, and the rest of the province declared a buffer zone. The disease devastated wild trout populations in the Western United States in the 90s, but its effects on fish populations can vary. In a recent interview with the Calgary Herald, Aquatic Invasive Specialist Kate Wilson said scientists are unsure how the disease will impact Alberta’s wild fish. As there’s no cure for whirling disease, Alberta is focused on monitoring, education and following protocols to stop its spread. Though BC has not (yet) had a confirmed case of whirling disease, HCTF is helping to fund a coordinator to lead a whirling disease monitoring and education program in BC. Here’s a quick primer on whirling disease, and what you can do to help stop it from spreading.

Whirling disease is caused by a microscopic parasite (Myxobolus cerebralis) that infects both fish and freshwater worms during different phases of its lifecycle. 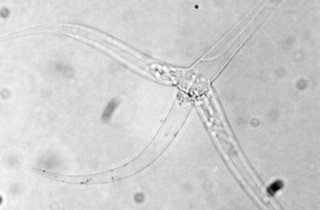 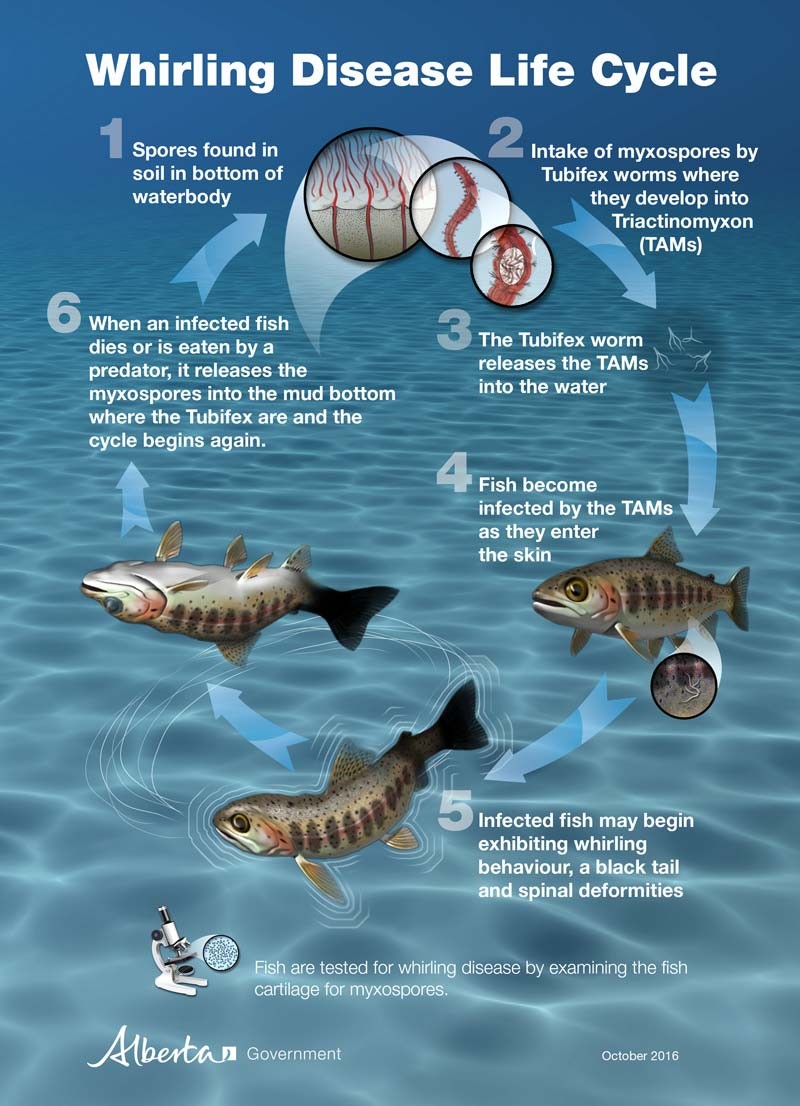 What are the symptoms?

In fish, the parasite affects the cartilage near the spine, leading to skeletal deformities of the spine or skull. This causes the fish to abnormally whirl in a tail-chasing behaviour and/or display a blackened tail. Whirling disease can cause a large number of mortalities in susceptible fish populations (trout, salmon, whitefish) potentially killing up to 90% of juveniles; however not all populations or species may be affected to the same level.

What types of fish are affected?

There are no health concerns for people swimming in or drinking water that contains whirling disease. Eating an infected fish is not known to cause harmful effects to people or other animals.

How is whirling disease treated?

There is no treatment currently available for whirling disease; containment and prevention are the best response.

Is whirling disease in BC?

What can I do to help keep whirling disease out of BC?

Whirling disease can be spread by moving of fish, mud, and water between water bodies.

It can be transmitted through spores that attach to equipment (used for swimming, paddling, boating, water pumping, fishing), pets, or through infected fish (alive or dead) and fish parts.

– Never move fish or fish parts from one waterbody to another.

– Use fish-cleaning stations where available or put fish parts in the local solid waste system. Do not dispose of fish, or any fish parts, in a kitchen garburator.

– Before moving a boat or any equipment (e.g. hip waders, life jackets, kayaks, etc.) between water bodies, be sure to:

What should I do if I find a fish that is exhibiting signs of whirling disease?

If you see a fish showing symptoms of whirling disease, contact Front Counter BC on 1-877-855-3222, or email FrontCounterBC@gov.bc.ca

Error: No posts found. Make sure this account has posts available on instagram.com.